Who Do You Think You're Fooling?

Wall Street Journal columnist Joe Queenan recently posted one of my favorite articles of the year: "It's Time To End the Bogus Bookcase Backdrops." He calls out what has now become a Zoom cliche - talking heads seated in front of a large bookcase studiously purged of the usual comfort trash "literature" (books about vampires, sharks, David Lee Roth, Pablo Escobar, Fifty Shades of Grey, everything by James Patterson and all sports books) and instead boasting gargantuan biographies of Winston Churchill or Stephen Hawking's A BRIEF HISTORY OF TIME, or political tomes stating which side of the aisle you lean toward (the vast archive of anti-Trump books vs THE ART OF THE DEAL or Bill O'Reilly's latest). What a crock! Even worse is having your own book on display, cover face out in an act of shameless self-promotion! Or journalists or politicos with a copy of the Constitution conveniently behind them. These are variations on what New York Times reporter Amanda Hess calls the "Credibility Bookcase" of serious thinkers whose unspoken motto seems to be "What you say is not as important as the bookcase behind you.” Ack! Quit frontin,' Bogus Bookcase Backdrop Boors! 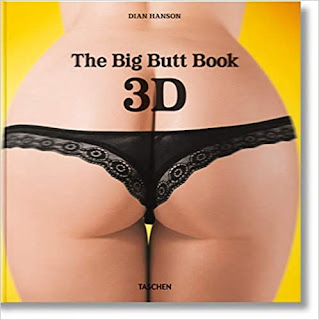 My own backdrop is a 3D Beatles YELLOW SUBMARINE poster and a well-stocked bar of masterpieces from my learned colleagues Evan Williams and Johnny Walker. It just happens to be behind where my laptop sits on the dining room table, because I get bad WiFi connection in the room where most of my books are upstairs, otherwise you'd see me perched in front of Dian Hanson's BIG BOOK OF BUTTS IN 3D (I read big butts and I cannot lie!) or JACK KIRBY'S OMAC: ONE MAN ARMY CORP. These would still be an improvement over that one Zoom work meeting when I used the "Golden Eggs" (the Back River Waste Water Treatment Plant Anaerobic Digesters) as a backdrop; my not-from-around-these-parts boss thought it was an Epcot Center extension!

One final note: in her non-fiction essays collection Coventry, Rachel Cusk comments "I have often looked at photographs of writers in their elegant studies and marveled at what seems to me to be a mirage of sorts, the near-perfect alignment of seeming with being, the convincing illusion of mental processes on public display, as though writing a book were not the work of someone capable of all the shame and deviousness and cold-heartedness in the world." To me, all those backdrop bookcases strive to present that very illusion of "seeming" with all the deviousness of "being."