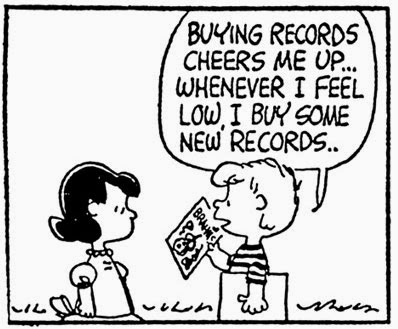 Over, Under, Side by Side

Though I grew up with vinyl and love my record collection, I'm not a big fan of Record Store Day, the national event that honors independent records stores and their plastic wares on the third Saturday of each April. This year Record Store Day falls on April 18th and, as usual, there will be long lines of avid vinyl collectors queuing up early to fork over outrageous sums for limited edition 7- and 12-inch platters of coveted tracks on wax. 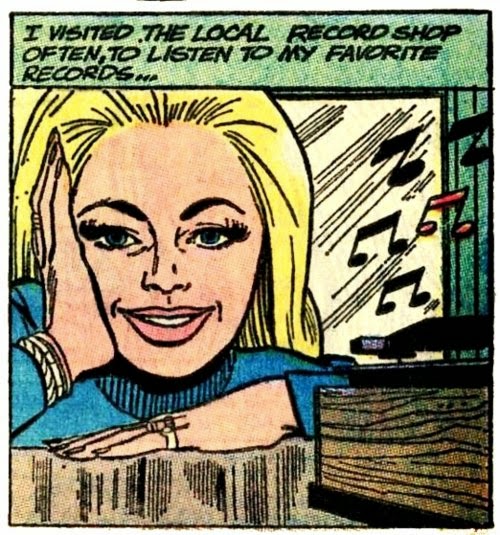 Not me. I'll be at work, though I'm sure my record-loving better half Amy will be out trying to score that "new" Buzzcocks 7-inch "The Way/Generation Suicide" on 1-2-3-4 Go! Records (with iconic cover art by Malcolm Garrett) because it has that Steve Diggle B-side that wasn't included on last year's 'cocks CD The Way.(Though it previously also appeared as the B-side of last year's "It's Not You" 7" single.)

But even if I wasn't working, I've reached the point where I no longer collect things. Blame it on a laborious move to a new house and the relief I felt when I finally emptied out that storage facility of all my accumulated clutter. 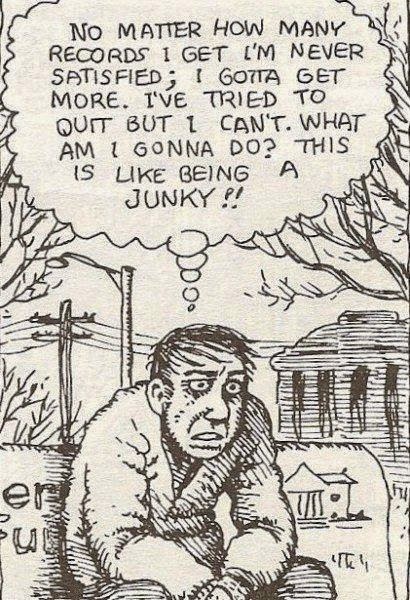 But I am a fan of good ideas, and one of the better ones to emerge from Record Store Day is the "Side by Side" singles concept started in 2011 by Warner Bros.and now popularized by Rhino Records. Basically, it's two groups playing the same song on a split 45 rpm 7-inch record: one side features the original artist performing an iconic tune, while the flip side features a signature cover version of the same ditty by another artist. Like "No Fun" performed by The Stooges on one side, and The Black Keys on the other, to cite one famous example. Often the vinyl itself is a picture disc or sports an unusual (non-black) color. And, at $7.98 a pop, the SxS singles may be pricey, but aren't outrageously pricey.

Here are some of the 7-inchers Rhino has in store for Record Store Day 2015: 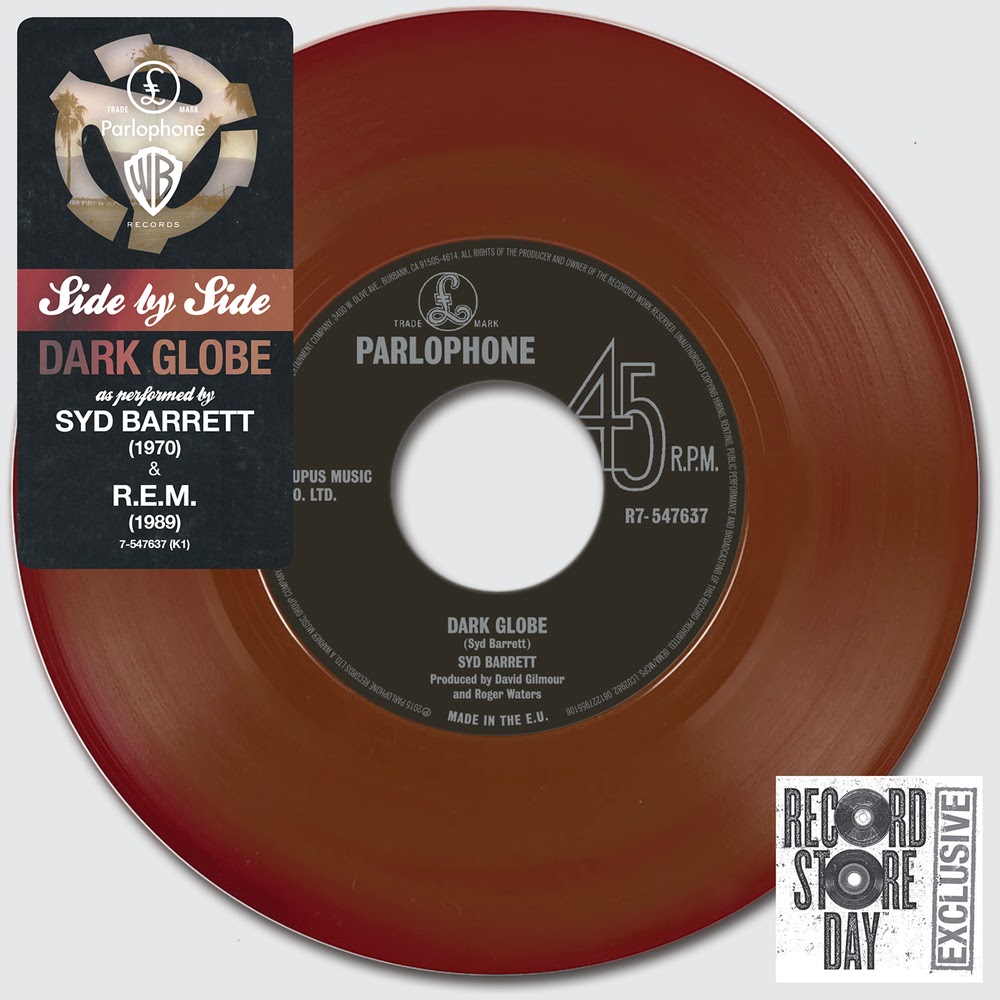 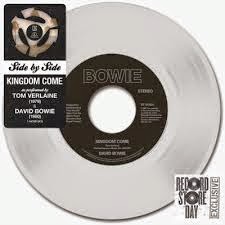 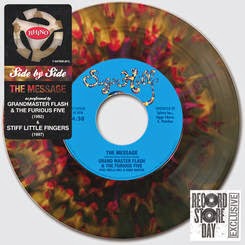 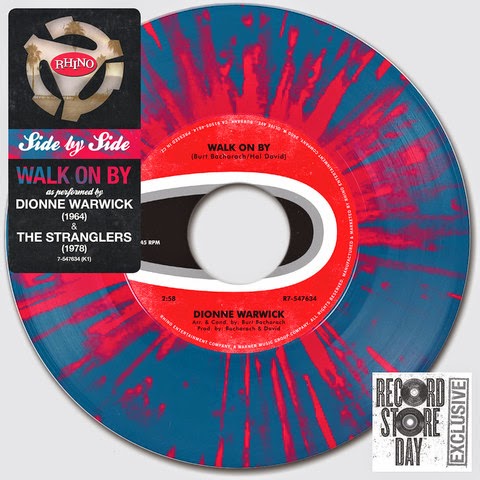 Watch The Stranglers play "Walk On By" on TOTP! 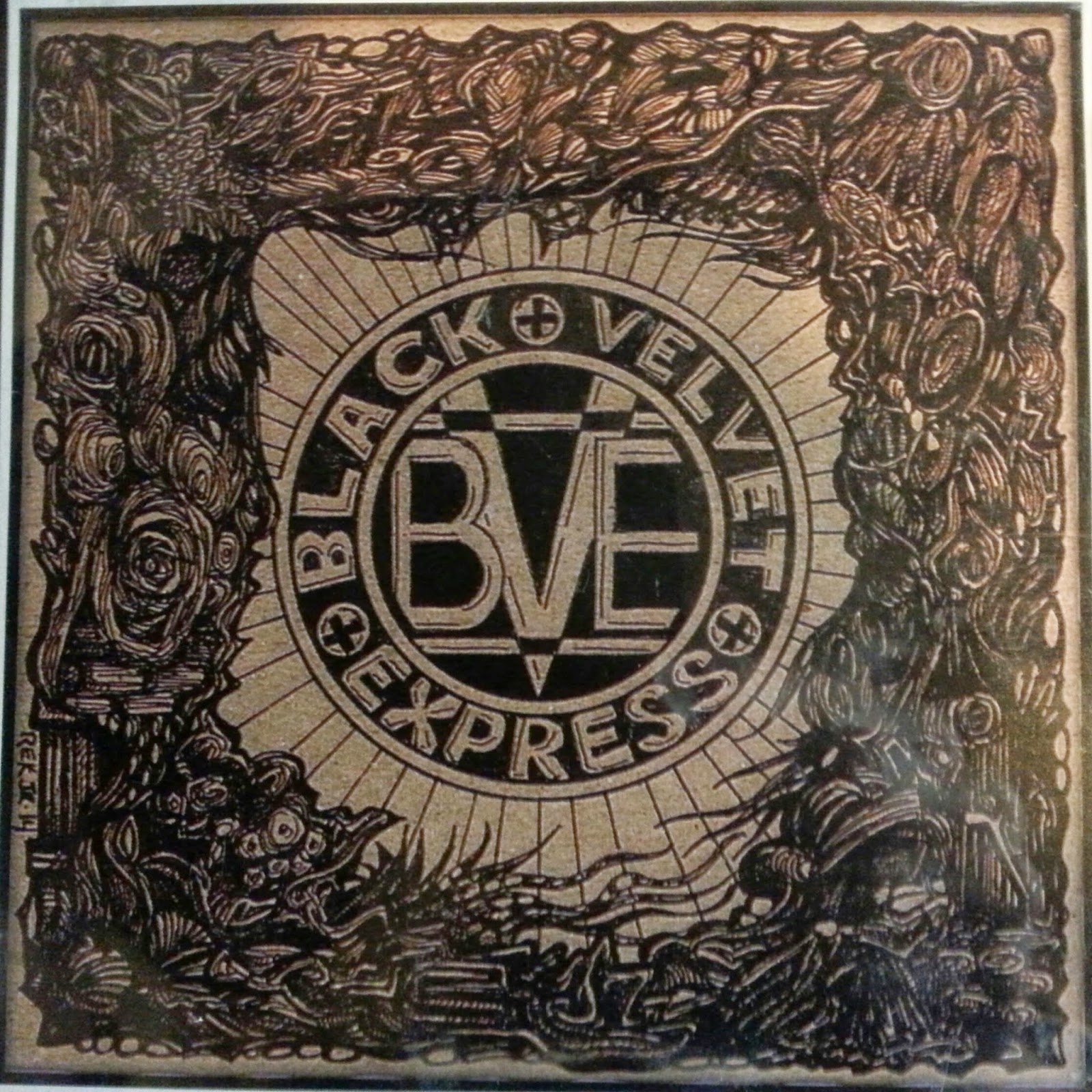 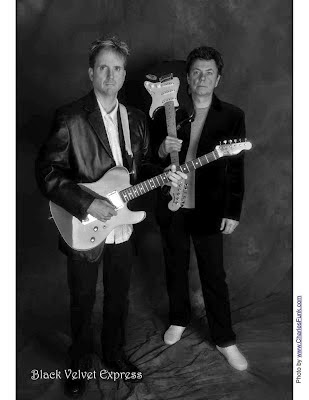 The timing couldn’t have been better for an Anne Boleyn revival, with the April debut of “Wolf Hall” (based on Hilary Mantel's historical novel series) on PBS's Masterpiece Theatre and an upcoming Broadway production to boot. Few historical women, have been as celebrated in pop culture as the esrtwhile Marquess of Pembroke and second wife of King Henry VIII, whose tragic end - she was beheaded in May 1536 - has made her the poster child of romantic victimhood. Regardless of one's take on her historical significance - was she a manipulative concubine or a rebellious feminist unjustly vilified for her defiance of Tudor-era norms of wifely obediance? - she continues to fascinate each new generation that encounters her.


Where've you been, Anne Boleyn?

Film, stage and television portrayals abound, from Ernst Lubitsch's 1920 silent Anna Boleyn through 1969's Anne of a Thousand Days and the 1970 mini-series The Six Wives of Henry VIII, up through Natalie Portman's take in The Other Boleyn Girl (2008) and Natalie Dormer's award-winning turn as Anne on Showtime's The Tudors (2007-2010). Look closely and you can even see her portrait hanging along the Hogwarts staircase in 2001's Harry Potter and the Sorcerer's Stone (after all, she was accused of being a witch - among other things - at her "trial"!).

Musically she's been the subject of everyone from Donizetti (the 19th century opera Anna Bolena) to Rick Wakeman ("Anne Bolelyn" from 1973's The Six Wives of Henry VIII), with shout-outs from artists as diverse as Cat Stevens ("Ghost Town" from 1974's The Buddha and the Chocolate Box), Tori Amos ("Talula" from 1973's Boys for Pele), and Courtney Love (2010's "Old Age").

And now Anne Bolelyn’s quite literal separation from King Henry VIII is the subject matter of Black Velvet Express’s first new release since 2010’s Where the Stars Kiss the Moon, the space-rock concept album inspired by their love of the 1956 sci-fi film Forbidden Planet. 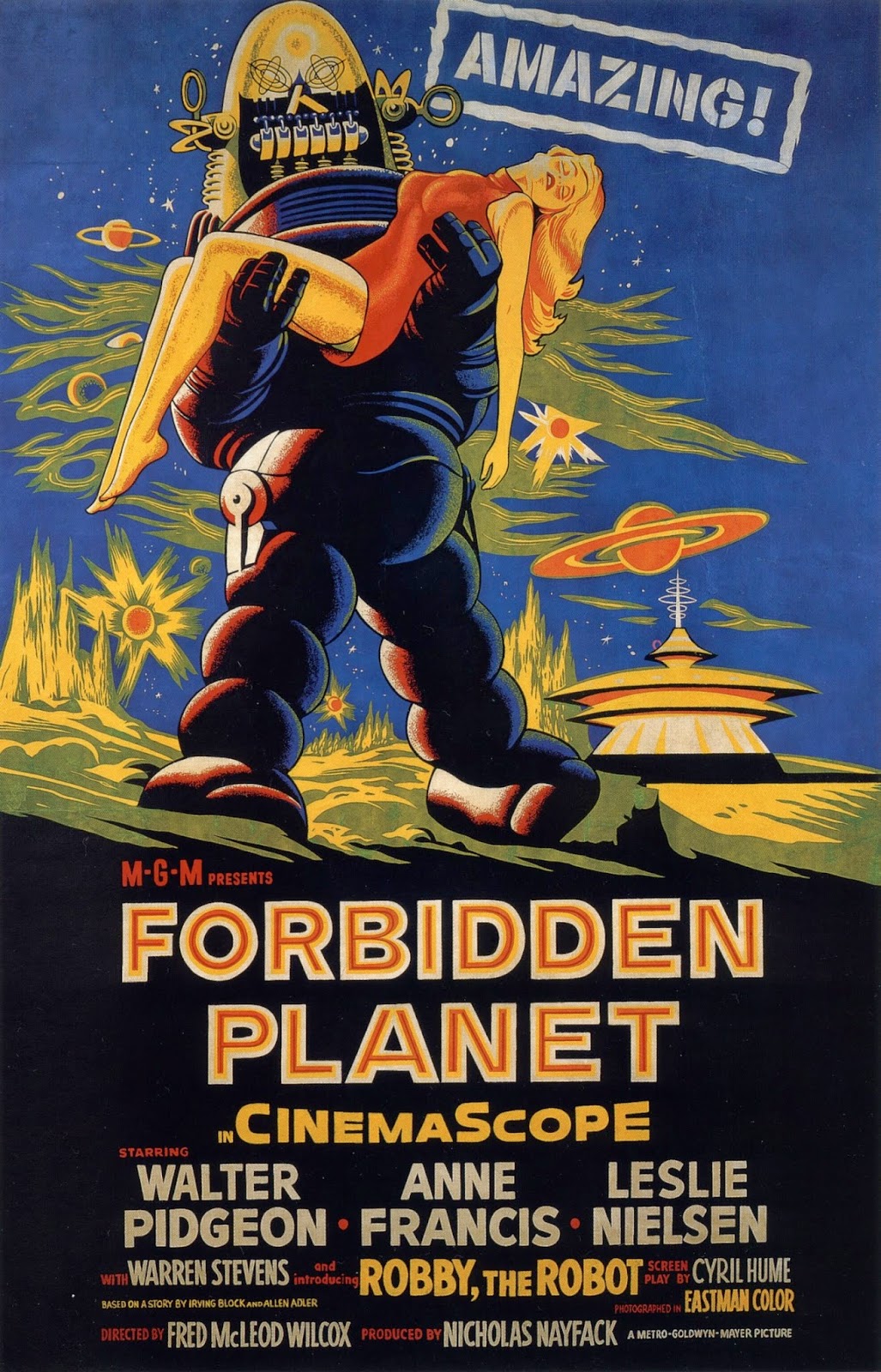 The boys still love their '50s sci-fi cinema, as witnessed in "All Stood Still," which takes its title from Robert Wise's 1951 classic The Day the Earth Stood Still (and certainly not from the unnecessary 2008 Keanu Reeves remake of the same title!), the "We come in peace, Earthlings" film that gave us the immortal catchphrase "Klaatu barada nikto." 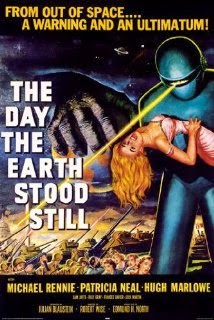 After all, it's what brought them together years ago, after Baltimore native Fiore underwent his "Dave Grohl Transformation" - switching from playing drums (most notably in 1980s New Wave band The Accused) to strumming guitars - and wrote the tune that would become the title track of that 2010 BVE release.


Williams and Fiore initially met when a Baltimore, Md., management company assembled musicians from neighboring East Coast states to form a concept band called group Voices. Besides their shared love of sci-fi, the pair soon found that they also shared an affinity for the type of melodic rock exemplified by the Killer B's - Beatles, Badfinger, Bowie - as well as artists as diverse as George Harrison (Fiore's Fab Four fave), Cream, Mott the Hoople, and Pink Floyd. They've been friends and collaborators ever since.

So what's on offer here?

A guitar riff opens in the left channel, switches to the right channel, and comes to rest in full stereo balance as Dane Williams steps to the mic to lyrically set the chamber pop-rooted tableaux for this lushly produced powerpop tune.

The flame of desire inside of the heart
When love don't answer, tears the soul apart
Like trees reaching for the skies at dark
The passion and fire of a million stars

Then, right on cue, comes the sweetest slide guitar segue since George Harrison's All Things Must Pass, a riff that sticks to the lobes like glazed honey and holds the whole pop confection together for the duration of its four minutes of sonic glory. And after another verse and chorus, there's a pure powerpop moment when Williams and Fiore trade perfectly overlapping lead guitar and slide guitar motifs.

It all leads to the dramatic end the listener knows is coming: the inevitable "heads will roll" coda, the denouement de decapitation:


Tales of the Queen in her lover's bed
Sadness and sorrow will quickly spread
When each broken heart's on a thread
When you lose your love, don't lose your head


It's a slick, well-engineered production full of hooky hooks and merry melodies that rise above the song's downer subject matter. That's what good pop does!

BVE's "All Stood Still" - not to be confused with the Ultravox song of the same title from their 1981 album Vienna - returns the lads to their sci-fi obsessions, in this case Robert Wise's film The Day the Earth Stood Still (1951). Unlike many American sci-fi movies from the '50s, in which evil aliens stood in as symbols of fascism or our new nemeses, the Commies, Wise's film was a pacifist plea for empathy, cooperation and peaceful co-existence among diverse peoples. It might as well have been called "What's so funny 'bout Peace, Love and Understanding?"

In BVE's hands, this leisurely-paced rock ballad (running over 6 minutes), which churns along on chunky Mick Ronson guitar chords and spacey solo guitar runs, references a Christ-like outlier who comes to shed light on a world of blight.

I remember when there was darkness and despair
War and hatred, destruction everywhere
I looked up to the sky and what did I see
I saw a silver savior coming to save me

The silver savior (OK, it's Michael Rennie in Klaatu's shiny space suit!) spoke of "peace and love and kindness in the air." In Robert Wise's film, the World didn't listen, but BVE imagines a more positive outcome. They even add a "Hey Jude"chorus at the halfway mark, with Williams and Fiore chirpily chanting an infectious "Na-na-na-na" over guitar leads that pepper the melody like comets blazing past.

Here's hoping this duo continue to work together and follow up with another long player in the not-too-distant future. If these two songs are any indication, that future looks very bright indeed.

***
Be sure to check out BVE's web site (www.BlackVelvetExpress.com), which allows fans to view the lyrics and register for a free cover art print, view the lyrics. The website also provides song samples and the ability to purchase the EP thru CdBaby.com., iTunes, Rhapsody, and other digital distributors.