Washington, D.C.'s late-70's/early '80s punk scene wasn't really my thing. I hated hardcore, straight-edge and all that sweaty-crewcut-moshpit-shirtless-B.O.-vapor-lock boys club business (where were the girls, fellas?) and was more into the area's pop (Tru Fax & The Insaniacs, The Razz, Tommy Keene) and surf-psych-garage bands (Slickees Boys, Wanktones, Insect Surfers).

Yet history seems to gild this scene and this era, especially in print. There are now at least three books paying tribute to the scene that spawned Bad Brains, The Teen Idles, Minor Threat, Government Issue, No Trend, Fugazi, Henry Rollins, Dischord Records and their ilk. 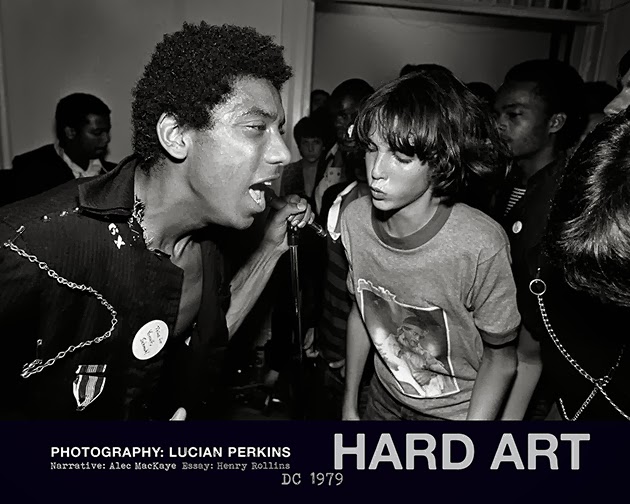 I saw this at the Towson Public Library and picked it up because I actually recognized some bands (Slickees, Bad Brains - the latter reigning as hardcore gods in these books), clubs (Madam's Organ - a true shithole that my old band Thee Katatonix once played at), and people (Sab Grey, Tommy Vacant, Anne Bonafede) I knew slightly from Oddfellows Hall and Marble Bar daze. Plus, these type books tend to go out-of-print rather quickly.

Hard Art - taking its name from DC's Hard Art Gallery on 15th Street - is a quick flip-through "read," but its true value is that editor Lely Constantinople has identified all the peeps appearing in the pics. Priceless! Helped jog my memory banks from "Hmmm, he looks familiar..." to "Wow, it's Tommy vacant!"

The other DC Punk books of note are Mark Anderson and Mark Jenkins' detailed Dance of Days: Two Decades of Punk in the Nation's Capital (Soft Skull Press, 2001; reprinted by Akashic Books, 2009)... 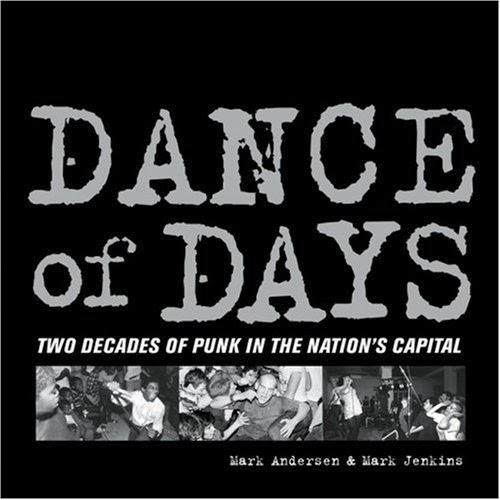 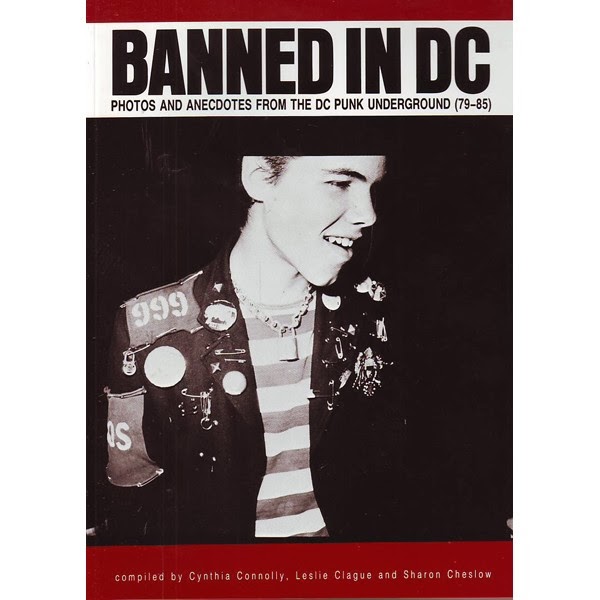 Banned in DC (Caroline Records, 2003) is also the title of a hardcore punk and reggae songs by Bad Brains.

There are other mentions of the scene in other hardcore punk books, including a chapter in Steven Blush's American Hardcore: A Tribal History (Feral House, 2001; expanded 2nd edition 2010) (also the title of a documentary film about the scene), but these three stand as the best DC-specific ones. (By the way, Steven Blush is a dick: he calls Tru Fax one of "the stupidest bands" while Tommy Keene is merely "woeful" in his esteem. Apparently anything remotely resembling melody or tunefulness is considered sissified and bourgeois, while tuneless cacophonous noise is revered as bold and manly. And these guys wondered why chicks didn't dig hardcore!) 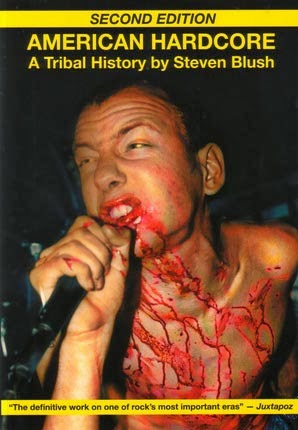 Of course, in another medium, there's the Kickstarter-funded documentary-in-progress, Scott Crawford and Jim Saah's Salad Days: The Birth of Punk Rock in the Nation's Capital slated to come down the pike sometime soon in 2013. Two trailers of this documentary - which looks at DC's '80s hardcore scene and features interviews with John Stabb, Ian Mackaye, Henry Rollins, Dave Grohl, and Alec Mackaye - have been released so far. A nation's capital awaits!

Oh, and once again this look at DC Hardcore will feature the photogenic fanboy-turned-bandboy-turned-novelist (Skinhead Army) Sab Grey (Iron Cross) in action. In fact, below is a pic of Sab back in the day with Iron Cross, followed by a picture and trailer of Sab being interviewed today.