The Avant-Garde Films of Jean Herman (aka "Jean Vautrin")


I was an accidental tourist when it came to discovering the cinematic works of Jean Herman. Back in the days when John Jorde was the AV Tech at Enoch Pratt Free Library (the mid-Naughties), he methodically screened just about every one of the over 2,100 titles in our 16mm film collection that was housed on the third floor of the Central Library. Especially the shorts, of which Pratt still has countless reels upon reels of both famous and obscure experimental films. Along with former Pratt librarian Mike Rios, John and I would project these shorts on the wall of the AV Tech Room to familiarize ourselves with our collection. John, Mike and I presented a number of public film programs highlighting the Pratt's 16mm film collection, and one of John's programs back in September 2006 was "The French Connection," which included Jean Herman's 1960 avant-garde film short Actua-Tilt. 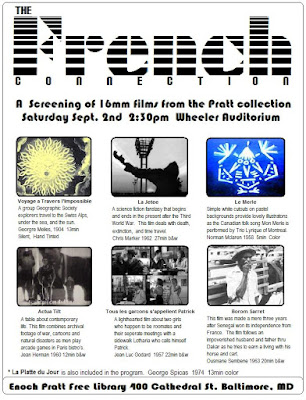 The Pratt Library's catalog description for this 11-minute black-and-white film is as follows:


A brilliant, frightening film which captures the emptiness, violence, and depersonalized sexuality of much of modern life by focusing on a group of men in a Parisian bistro. As they wander aimlessly from one pinball machine to another--yawning, drinking, never speaking or looking at each other--the men reveal their boredom, their callousness, their desire for something--anything--to relieve the tedium of their lives. As they play the pinball machines, intercut footage of nude women in cheesecake poses, violence, and war indicate the men's longings, their fantasies, their idea of "something to do."

It's a visually inventive and engaging film, and became one of my favorite titles in our collection. Below are some stills from Actua-Tilt: 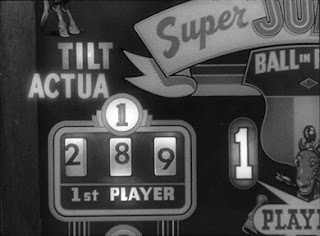 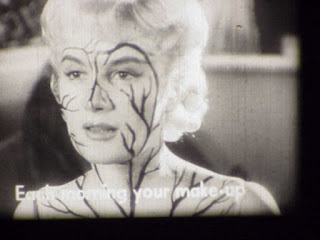 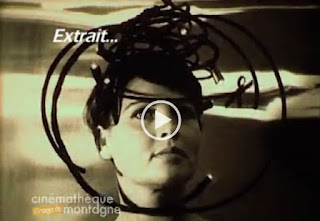 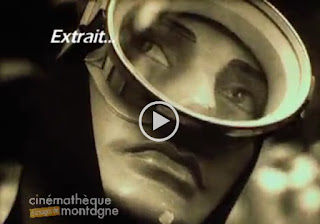 I longed to find out more about the film and its director, but there were scant breadcrumbs scattered across the Internet about them. I implore anyone out there in Cyberspace who knows of this artist's works to contact me or put more info about him on the Internet.

A fruitless search for Jean Herman/Vautrin videos available to purchase or view online came up with the links that follow:


In Twist Parade, Herman masterfully edits a montage of live-action images and photographs set to a rock music soundtrack, evoking a world dedicated to speed and violence.


Watch "What Third Reich Was All About" from Le Dimanche de la Vie (The Sunday of Life, 1967):

According to Wikipedia, Jean Herman was born on May 17, 1933 in Pagny-sur-Moselle, France as Jean Georges Hubert Herman. He was a prodigious writer and film director. In cinema, he was best known for the feature films Barbarous Street (1984), Under Suspicion (2000) and Farewell, Friend (1968), as well as being one of the seven directors of the anthology film Decameron '69. 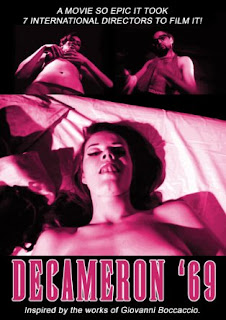 But it was his early experimental film shorts that intrigued me. As the French Wikipedia entry for Herman put it, "These short movies are ferocious criticisms of show business and consumer society." Through his skillful editing of images of current events, advertisements, and various kinds of music and sounds, Herman created montages full of diverse and thought-provoking meanings.

Herman took his pen name Jean Vautrin from the character Vautrin in "La Comédie Humaine" (The Human Comedy) by Honoré de Balzac. "The terrible Vautrin" was a criminal mastermind who masqueraded in the guise of a priest.


Jean Herman's mother's family also had relatives of that name.

Jean Herman died in 2015. His works have yet to make their way out of Europe and across the pond to the United States.