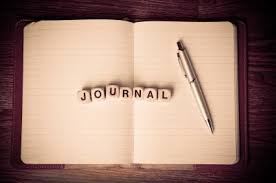 I love journals and notebooks. With an ADD-addled mind like mine, I'm constantly jotting down thoughts, observations, quotes, lists and reminders that I promise myself I will update to the cerebellum later. Problem is, I have as many journals/notebooks as thoughts, online passwords and clutter. In other words, things get lost!

Today, I needed to write something down and I grabbed a notebook from a pile of them laying in the windowsill. It was from 2008. Here are some sundry selections from nine years ago that I found amusing.

"Everything one does in life, even love, occurs in an express train racing towards death. To smoke opium is to get out of the train while it is still moving." - Jean Cocteau ("Opium: The Diary of a Cure")

Quote from Henri-Georges Clouzot's Le Corbeau (aka The Raven, France, 1943). In the Mass scene, Dr. Germain asks the cuckolded psychiatrist Dr. Vorzet if he's religious: "Religious? No, just cautious. I like to take out insurance. It doesn't cost much." 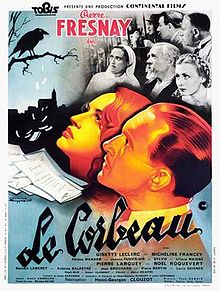 Notes from the 2008 Maryland Film Festival, which I worked as a volunteer, videotaping director Q & A's with the audience:

Posted by Tom Warner, Almost Hip Guy at 7:16 AM No comments: