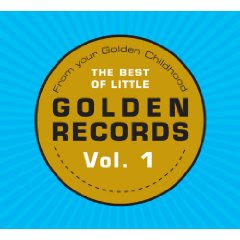 
Dr. Spock was right, everything in life depends on how you were weaned. As a result, my musical tastes were determined early on by sucking on the teat of Little Golden Records, starting in the late '50s and continuing through my lost early '60s Youth. Whether we Baby Boomers like it or not, these melodies and jingles - "Bumble Bee, Bumble Bye," "Icka Backa Soda Cracker," "Piddly Patter Patter" et. al. - are deeply embedded in our minds, like some Manchurian Candidate hypnotic implant. 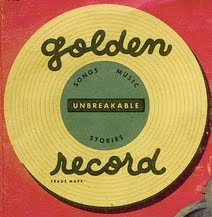 Those little yellow 78s (and later 45s and LPs) - branded "unbreakable" and heralding a vast library of "new and gay and charming" stories, songs and music - had never previously been available on CD until now, so when I spotted this disc at Daedulus Books & Music recently, I had to pick it up. It's great that Golden Records are finally getting their artistic due because, in addition to their pop cultural value, these platters of yore featured some truly talented - albeit unheralded - singers and musicians.

Unfortunately, most of their names were shrouded in mystery or ignominity - kind of like all those "fake" in-name-only '60s groups that were really the studio creations of behind-the-scenes record producers; "bands" like The Cuff Links, The Grass Roots and Edison Lighthouse never existed until the record companies had a hit on their hands, and only then would they draft cookie-cutter musicians to hit the road and promote the records - often sending multiple versions of the same group to different geographic regions. 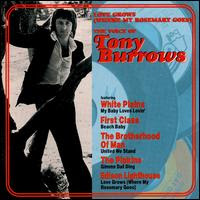 (In fact, Edison Lighthouse - a studio concoction of Brit bubblegum writer/producer Tony Macauley - featured singer Tony Burrows, who holds the distinction of singing on hits by four different fake bands in the same year: Edison Lighthouse's "Love Grows Where My Rosemary Goes," White Plains' "My Baby Loves Lovin'," the Brotherhood of Man's "United We Stand," and the Pipkins "Gimme Dat Ding." Burrows is also in the record books as the only person to appear on BBC Television's Top Of The Pops fronting three different acts in one show: Edison Lighthouse, White Plains, and Brotherhood of Man. Now that's multi-tasking!)

But now the slighted have been righted! Thanks to the folks at Shout! Factory's reissue label Micro Werks, we Boomers can now truly name that tune - and who was singing it. Sure, it's not definitive, but it's at least something. At the least it gives these so-called "kiddie records" - long forgotten and tossed in with the other toys in the attic - the name recognition they deserve.

Golden Records were originally an audio offshoot of the New York publishing house Simon & Shuster where, under the direction of Arthur Shimkin, they became the first label to be devoted exclusively to children's music. Taking advantage of the prestigious Simon & Shuster imprint, Shimkin was able to lure some name talent to his label - Jimmy Durante, Danny Kaye, puppeteer Shari Lewis, major league baseball's Mel Allen, Cliff "Jiminy Cricket" Edwards, and Roy Rogers and Dale Evans - all of whom appear on Volume 1 of Micro Werks' Your Golden Childhood.

The celebrity guest stars came and went, but the musical production team was consistent throughout. The Sandpipers (aka The Golden Sandpipers, The Sandpiper Chorus, The Sandpiper Chorus and Orchestra, The Sandpiper Singers) were pretty much the in-house band at Little Golden Records, most often under the direction of schockmeister Mitchell "Sing Along with Mitch" Miller (who sometimes played oboe on the recordings) and Terrytoons/Lantz veteran Jim Timmens. 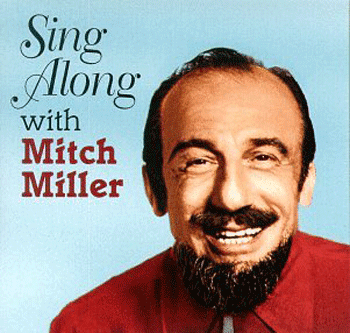 These Sandpipers are a different group from the folk singing group who had a Top 10 hit in 1966 with "Guantanamera" - or "One Ton of Mayo" as I used to call it! No, these 'pipers were were Mike Stewart, Ralph Nyland, Dick Byron, and Bob Miller.


Jimmy Carroll was the arranger for Golden Records. When Miller went on to great success at Columbia (much to Frank Sinatra's dismay - Frankie never forgave Miller for making him record "Mama Will Bark" with Dagmar!), Jim Timmens conducted most of the early 60's Golden records with a group either called the Sandpipers, the Glow-Tones, or the Golden Singers/Chorus. Blogger Mike Evanier writes that they are distinctive by "the Timmens sound he used for Terrytoons and some Lantz TV stuff. Listen for lots of woodwinds and a mellower tone."

And here they are!

1. MIGHTY MOUSE THEME (Here I Come to Save the Day!)
Mighty Mouse (Tom Morrison) and The Terrytooners featuring Mike Stewart 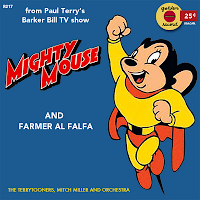 We start off with the best tune, the theme song from my favorite childhood cartoon, Mighty Mouse, which was later made famous in Andy Kaufmann's stand-up routine. Try to resist bellowing out "Here I come to save the day!" - you just can't do it! Mighty Mouse frequently spoofed operatic singing, and nowhere was it more perfectly employed than in this melodramatic "save the day" riff.


In the early '60s, Terrytoons helped produce an album of original Mighty Mouse stories for Peter Pan Records that starred the studio's head writer Tom Morrison, who would voice Mighty Mouse from 1958 through 1971. Here Morrison is backed by the "Terrytooners" featuring Mike Stewart, but I suspect this is really The Sandpipers under yet another alias.

In a canyon in a valley, excavating for a mine
Dwelt a miner, 49-er, and his daughter Clementine 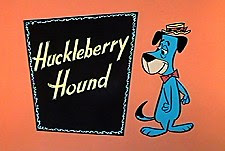 "My Darling Clementine" is one of the most storied of American folk ballads, its melody lending itself to everything from pop cover versions by Bobby Darin and Jan & Dean (#65, 1959) to a cricket team chant (England's Barmy Army), even turning up on the theme song of Kim Il-sung's (off-off-off-Broadway) North Korean musical The Flower Girl (1972). Of course, I grew up associating this song with Huckleberry Hound (voiced by Daws Butler), whose tone-deaf and off-key renditions of "Oh My Darling, Clementine" were a running gag on his Hanna-Barbera TV cartoon show.

Usually credited to either Percy Montrose or Barker Bradford, it tells the story a bereaved lover singing about his darling, the daughter of a miner in the 1849 California Gold Rush. He loses her in a drowning accident, though he consoles himself towards the end of the song with Clementine's "little sister." (The verse about the little sister was often left out of folk song books intended for children, presumably because it seemed morally questionable!)

The reigning Golden Records diva was Anne Lloyd (best known for songs like "The Muffin Man" and the Patti Page hit "How Much Is That Doggie in the Window?").

Listen to Anne sing "How Much Is That Doggie in the Window?"


Listen to Anne & The Sandpipers sing "Trick Or Treat."


Listen to Anne & The Sandpipers sing "The Muffin Man."

But the reigning kiddie diva was Anne Lloyd (best known for songs like "The Muffin Man" and the Patti Page hit "How Much Is That Doggie in the Window?"). 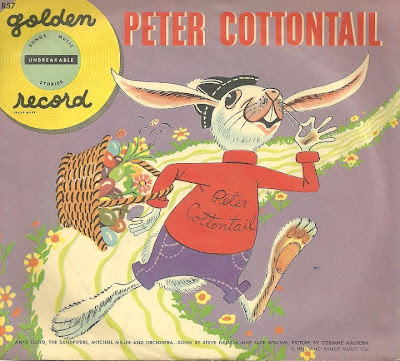 What a great - and strange - song this is. It's basically a Childe Ballad masquerading as a kiddie tune, and it wouldn't be at all out of place on Nick Cave's Murder Ballads or Harry Smith's Anthology of American Folk Music. Perhaps the greatest of all Little Golden Records "Easter" releases- and another golden "million seller"- here is the colorful cover of "PETER COTTONTAIL" (R57) with the rare lavender background color behind the romping rabbit! The "Easter Version" is on Side "A", and on the "B" side- the "Year-Round" version! Performed by Anne Lloyd, The Sandpipers with Mitch Miller & Orchestra. Featured on many other golden releases over the many years- this single jacket has also been featured with a blue background. 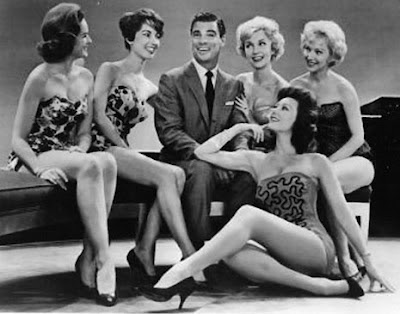 Before he became the host of the Miss American Pageant, Bert Parks was a singer of patriotic tunes.


6. TAKE ME OUT TO THE BALLGAME
The Sandpipers featuring Anne Lloyd with Mitch Miller's Orchestra 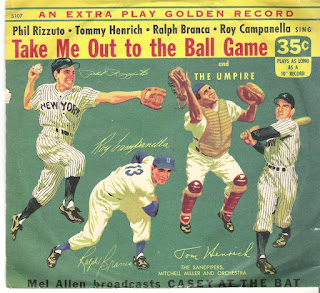 Little Golden Record S-107, "Take Me Out To The Ball Game" was sung by NY Yankees' Phil Rizzuto, and Tommy Henrich,and Brooklyn Dodgers' Ralph Branca and Roy Campanella. The recording was orchestrated by the great Mitch Miller and the Sandpipers. The full record also includes a rarely heard recording of "The Umpire" and Yankee legendary announcer Mel Allen narrating the children's favorite, "Casey at the Bat". All three recordings can now only be heard at Cooperstown in the Baseball Hall of Fame.

7. THE LITTLE ENGINE THAT COULD
The Sandpipers featuring Anne Lloyd and Mike Stewart

8. GIVE A LITTLE WHISTLE
Cliff Edwards with Mitch Miller's Orchestra

Roy Rogers had a really good singing voice. I remember picking up a compilation Golden Recor called "Doggie Songs" and my fave tune on it was Roy with the Sandpipers extolling the virtues of "Daniel the Cocker Spaniel."

Listen to "Daniel the Cocker Spaniel."

13. THE BALLAD OF THE ALAMO
Mike Stewart

Aside from Mike Stewart, other semi-regular singers at the label included Sally Sweetland, Mary Jane Sutherland and Peter Hanley.

Anne Lloyd (best known for songs like "The Muffin Man" and the Patti Page hit "How Much Is That Doggie in the Window?") was the reigning diva at Little Golden Records.

Listen to Anne sing "How Much Is That Doggie in the Window?"


Listen to Anne & The Sandpipers sing "Trick Or Treat."


Listen to Anne & The Sandpipers sing "The Muffin Man."


Rosemary Clooney's sister Betty Clooney sang on some sides backed by Miller and The Sandpipers, like "Eggbert the Easter Egg" and "Bunny Bunny Bunny." And Mae Questrel (the voice of Betty Boop) even sang on a 1951 Golden Record 78 called "Little Audrey Says" b/w "Let's Go Shopping" that I would die to have!

Bah! I'll take the originals, thank you very much!


The Little Golden Records were orchestrated by Mitch Miller and featured the Sandpiper Singers. As their popularity increased mor stars of the times became involved including Roy Roger and Dale Evans, Art Carney, Shari Lewis, Bing Crosby, Danny Kaye, Captain Kangaroo, and many others.

The early numbered records had a regular title and a Disney. There is no real way to tell a first edition other than by dating. The original sleeves of records 1-12 were 6 3/4 in x 8 in. and opened to show a description. There was a yellow 78 rpm record in a slot on the right. These records were released in 1948 and showed a bout 3/4 of the yellow circle showing information about the record.

The sleeve format changed in 1949. They measured 7 1/2in x 6 3/4 in and the opening for the record was at the top. Record color was still yellow and they were 78's. Yellow circle on the sleeve describing the record was still present but lines were added. The picutures on the sleeves were basic with a solid background with several characters or pictures from the little golden book on them.

The original titles had just a number, the Disney Title had a D before the number.

Between 1949 and 1950's the record sleeve graphics were improved and covered most of the sleeve. Between 1950-1951 an 'R' was added to the numbers of the regular series and the Disney series 'RD'. In 1952 the yellow label on the sleeve was replaced with a 3in logo and in 1954 it was reduced to a quarter size.

In 1956, Extended play records were released and contained Three Little Golden Records on one record. The prefix was 'EP' and Golden Mother Goose was the first produced and numbered EP317. They were yellow 45 rpms, and were quickly changed to black. In 1956 the records were sold as yellow 78's and black 45's. The 45s normally had a banner down the right side saying it was a 45. The 78's were 6 in and the 45's 7 in.